If you are going to make enough money to have the choices you and your family want then you need to start understanding the soft skills that go into leading and managing a team.

Culture is often defined as ‘how we do things around here’. It is either cool to put your hat on backwards, or to take it off when you go inside.

In a globally distributed workplace the differences in culture are more than the difference between a New Yorker who is pushy and a southerner who is laid back. These are countries that have starkly different histories and it shows up in their people.

Get it right and you are off and running. Get it wrong and you will be stuck wondering what happened.

Erin Meyer released The Culture Map in 2014 and it sat in my stack of books for a few months or I would have written about it sooner, for anyone working with an international team this book has the keys to team-building heaven. It turns out that in the midst of the United States trying to make amends for past sins in the “you and I are different” category, the rest of the world has known all along that a French Chef beats a British one, and that Indian executives are much less worried about timelines than the Germans.

Meyer has created a global relative scale for culture differences in eight different categories, ranging from timelines, to persuasion, to performance review evaluation styles.  The results are striking and will allow you to have a better chance of getting to “yes” with your teams once you learn how to look for certain culture “cues”.

Check out her latest article on building culture on globally diverse teams and review this chart as well:
http://erinmeyer.com/2016/01/mapping-out-cultural-differences-on-teams/ 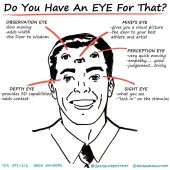